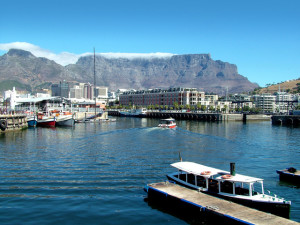 Did you know there are over 12 000 cities and towns in South Africa!? This website aims to become the most comprehensive list and information site online for these towns and cities. And you can help. If you have any information you would like to share with us about your city or town, please go to our contact form and send it to us. Please remember to include your name and email address so that we can credit you. Please note that we will only consider original content – don’t cut and paste from somewhere else. We run all contributions through Copyscape, a duplicate content checker to make sure it is original.

South Africa is the country which is at the southernmost tip of Africa. It’s full name is the Republic of South Africa.

The coastline of SA stretches from Mozambique in the East, all the way round to Namibia in the West which measures a total of two thousand seven hundred and ninety-eight km. The Indian Ocean lies to the East and the Atlantic Ocean to the West.

The country shares its northern borders with Zimbabwe, Botswana and Namibia, and in the north east by Mozambique and Swaziland. Lesotho is another independent country that is completely surrounded by South Africa’s provinces.

Measured by land area it is the twenty-fifth largest country in the world, and at the last census the population was registered at fifty-three million.

There are many different languages, religions and cultures in South Africa and the country has eleven official languages, one of the most of any country in the world. Although English is only the fourth most spoken language, it is the most commonly used in business, in public and everyday. This is partly because of the legacy of British colonialization, and partly due to international trading and widespread understanding by people from all cultural and ethnic groups.

While the legacy of apartheid will take generations to be completely forgotten, the country survived a transition from predominantly Afrikaner rule before 1994, to full government by the African National Congress, formerly a banned organization in apartheid South Africa.

Nelson Mandela was South Africa’s first black President, and he is largely credited with masterminding a relatively peaceful transition period in the years leading up to 1994. Thabo Mbeki took over as President after Mandela retired, and Mbeki was followed by Jacob Zuma.

Approximately eighty per cent of the population is African, with ancestry in sub-Saharan Africa, with the balance being people of European and Asian descent, as well as a smaller number of multi-racial background. 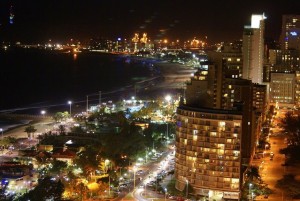 There are nine provinces, each governed by a legislature which elects a Premier, with an Executive Council.
The provinces are divided into fifty-two districts with eight metropolitan as well as forty-four municipalities. These are sub-divided into two hundred and twenty-six local municipalities.

The nine provinces in South Africa are…